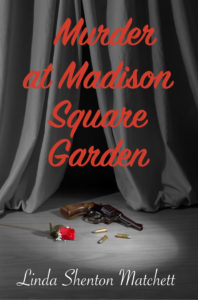 This is book 2 of the Women of Courage Book series, a Christian Suspense and Historical read.   Teddy is on the path to her dream career when one performance changes everything and someone ends up murdered.  As she is the prime suspect, she is taken into custody and then meets Ric a Private Investigator that is willing to take on the case and help her.   Can they find out who the killer is and save Teddy from going to jail?  What is the attraction, if any does these two have for each other?
If you like a moving fast suspense, murder, mystery then you will really like this book.  It keeps moving and you guessing who is the person that the police should be arresting.  It did end too fast, I wanted more details at the end, but other than that, it was very good read that could be a Hallmark murder mystery movie. Great for all ages to read.
Disclosure of Material Connection: I received a complimentary copy of this book from Celebrate Lit Books. I was not required to write a positive review. The opinions expressed are my own. I am disclosing this in accordance with the Federal Trade Commission's 16 CFR, Part 255, "Guides Concerning the Use of Testimonials and Endorsements in Advertising.

The dream of a lifetime becomes a nightmare.

Photojournalist Theodora “Teddy” Schafer’s career has hit the skids thanks to rumors of plagiarism. With any luck, a photo spread with Charles Lindbergh at the America First Rally will salvage her reputation. After an attempted assassination of Lindbergh leaves another man dead, Teddy is left holding the gun. Literally. Can she prove her innocence before the police lock her up for a murder she didn’t commit?

Private Investigator Ric Bogart wants nothing to do with women after his wife cleaned out their bank account and left him for another man, but he can’t ignore the feeling he’s supposed to help the scrappy, female reporter who is arrested for murder at the America First rally. Can he believe her claims of innocence and find the real killer without letting Teddy steal his heart?
Click here to get your copy!
About the Author

Bestselling author of over twenty books, Linda Shenton Matchett writes about ordinary people who did extraordinary things in days gone by. A volunteer docent and archivist for the Wright Museum of WWII, Linda is currently working with the curator to create her first exhibit, Shaped by Conflict that will be on display from May 1 to June 15, 2021. She is a native of Baltimore, Maryland, and was born a stone’s throw from Fort McHenry. Linda has lived in historical places all her life and is now located in central New Hampshire where her favorite activities include exploring historic sites and immersing herself in the imaginary worlds created by other authors.

I grew up in New Jersey and often went into New York City for school field trips and family visits. One of my favorite places to go was Madison Square Garden. I have lots of happy memories, so I wondered if I could possibly set a book there. I spent a lovely afternoon digging into the building’s past and learning about the important, historic events that took place there. When I discovered that aviator Charles Lindbergh spoke at the Garden about the controversial topic of U.S. isolationism prior to America’s entry into WWII, I knew I had the beginning of a story.

My protagonist came about during one of my shifts as a volunteer docent at the Wright Museum of WWII. While talking to one of our guests about our wartime print and broadcast journalism display, the conversation turned to the role that women played. Therese Bonney was a one of the photojournalists highlighted in the exhibit. As I studied her picture, I was struck by her determination in the set of her jaw and look in her eyes. My protagonist Theodora “Teddy” Schafer was born.

I enjoyed my trip down Memory Lane at the Garden during my research and had fun subjecting Teddy to uncomfortable situations as she tried to prove her innocence. But most of all, I hope her story honors the men and women who served in countless ways during this difficult time in history.

To celebrate her tour, Linda is giving away the grand prize of a $50 Visa Gift Card!!