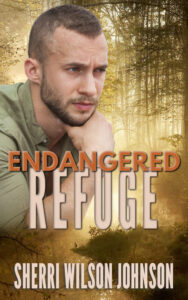 This is book 4 of the Jeopardized Reunion Series, a Christian Murder Suspense read.   Dallas is a special agent working for US fish and wildlife department undercover of a case of illegal big cats ring.  Then you have Elyse, Special Agent, also on the case and undercover.  Both people don't tell each other, hence both working undercover, and are both working the same case on different angles.  If they put both of their notes together, could it be solved?  Will one of them tell the other?  How will all of this play out and will they break the case?

I would recommend this to anyone that likes a suspense/mystery type of a read.  It does have a few twist and turns, that keep you wondering how this will all end.  It is book 4 of the series, however, can be read as a stand alone book.

Undercover U.S. Fish and Wildlife Special Agent Dallas Heath has infiltrated one of the largest big cat illegal trading rings in the States. Now he must unearth vital evidence to bring down kingpin Mitchell Avery before the next litter of cubs crosses state lines. Multiple failed attempts have cost Dallas time and progress, and now he’s threatened with being pulled off the case. The clock is ticking for this seasoned officer. It doesn’t help that a life which includes deception and being apart from the only woman he’s ever loved makes him doubt if undercover work is for him.

Special Agent Elyse Bradford has spent the last three months undercover living next door to Mitchell Avery posing as a woman of great means and vying for an invite to one of his big cat auctions, to which only the most serious and authenticated buyers are invited. If only she could confide in her best friend and fellow agent Dallas, maybe he could help her devise a plan before her cover is blown.

If they’d been assigned to work the case together, they’d have already brought Avery’s organization down. But Dallas is working undercover somewhere too. Since they can’t share the details of their missions or their locations with each other, the former partners—torn apart by assignments too many times—must find another way.

After a strange twist of events propels them together again, hope’s flame flickers…until word spreads of a mole—either in Avery’s organization or within the USFWS. And now neither one knows who to trust. Can they even trust each other when they’ve been apart for so many years?

On a backdrop of Mobile Bay on the Gulf coast, Dallas and Elyse fight to save endangered tigers, keep their covers intact and bring down an enemy whose reach is far beyond what anyone imagined. After tensions rise and tempers flare—coupled with lies and manipulation from all around—they could lose everything they’ve worked for. Including each other.

Will they succeed on their mission without ripping apart their shot at a future together?

Sherri Wilson Johnson is an Inspirational Romance novelist and graphic designer. She lives in Georgia with her husband and their two dogs, and they are empty-nesters. Sherri loves spending time with family, vacationing at the beach, curling up with a good book or working on her current work-in-progress. She dreams of a second home on some beach somewhere some day, where she can plot romantically suspenseful novels all day and night.

For as long as I can remember, I have been in love with Bengal tigers. As a young girl, I even tried to adopt one. In actuality, the “Adopt a Tiger” call was a call to sponsor one in a zoo. Sadly, my family wasn’t financially able to do that, but my love for tigers continued until…well, I’ll let you know if it ever stops. I’ve jokingly said that I will own a captivatingly beautiful tiger with a precious pink nose when I get to heaven. It’s not at all impossible, right? I mean, if the lion and the lamb will be friends, surely my afterlife-self can own a tiger. I’ve put in a request, so we shall see. The fact that I’m allergic to cats won’t hinder me then either!

Every year when we go to the local State Fair, I always make sure I’m there at the right time to see the tiger show. For $5, you can feed them by putting a piece of meat on the end of a stick. You can’t actually pet them or anything like that, though. I became aware a few years ago of the abuse these amazing creatures go through just by being carted around from town to town, put on display, made to perform. And the “pet a cub” opportunities are more harmful to the babies than you can imagine. When they get too big for the petting zoo, what happens to them?

Out of my love for tigers, I began researching to find the answer to that question. Out of that came Endangered Refuge, a reunion romance filled with mystery and suspense. Many of you have probably heard of television shows that give you a behind-the-scenes look at big cat sanctuaries only to discover later that they are fronts for trafficking them and selling their parts on the black market.

Here is where my hero and heroine enter. Special Agents Dallas Carter and Elyse Bradford are both undercover with U.S. Fish and Wildlife Services working to shut down a big cat trader. Best friends since college, their work often takes them to different places around the country, but their physical separation never seems to separate their hearts. When they run into each other on the secret mission, neither one knowing that the other has been assigned to the case, sparks fly. But they aren’t always good sparks. Because someone is killing to protect a secret, it’s up to the two agents, posing as socialite Vivian Chandler and cat handler Dakota Heath, to expose the person who exploits these amazing creatures, so all power struggles and personal opinions must be set aside.

This is book four in my Jeopardized Reunions series, which is set in the Mobile Bay area of Alabama. This particular story is set in two places on the bay, in the Gulf Shores/Fort Morgan area and on the Fish River, which separates Fairhope and Magnolia Springs (the setting of book three in the series, Unfortunate Homecoming).

I hope you will consider checking out Endangered Refuge and the other books in the series, all set on Mobile Bay and all written as standalones. The common thread? They are all reunion romances. So while my characters have a past that tore them apart, they have the promise of a future.

I’d love it of you’d follow me on social media and join my subscriber list. I’m always excited to hear from readers!

Places you can find out more about legitimate big cat sanctuaries:

To celebrate her tour, Sherri is giving away the grand prize package of a $50 Amazon gift card and a copy of the book!!